The Dark Age of the Lowlands: symposium and invited workshops

On October 13th 2015 the third annual meeting of The Dark Age of the Lowlands in an interdisciplinary light project was held at the Regentenzaal in Utrecht. These meetings are intended to communicate results of the project and to receive feedback from a wide range of specialists from various disciplines; archaeologists, historians, palaeobotanists and physical geographers. During the morning session, three invited speakers presented their research; Dana Riechelmann (Mainz University) gave a review of climate proxy records from North-western Europe, Willem van der Bilt (Bergen University) presented a new climate record from Svalbard and Marieke van Dinter (Utrecht University) demonstrated her new results of the palaeogeographical development of the river Rhine around Utrecht. Then, the three PhD students in the project (Rowin van Lanen, Harm Jan Pierik, Marjolein Gouw-Bouman) presented their newest results on modelling route networks and persistence, landscape reconstructions and vegetation reconstructions for the Late Roman Period and the Early Middle Ages respectively. The afternoon session consisted of two workshops one on the landscape reconstructions and another on vegetation reconstructions in which the invitees were asked to their feedback both on the compiled maps and the followed methodology. This resulted in lively discussions and useful suggestions for the continued  research within the project. 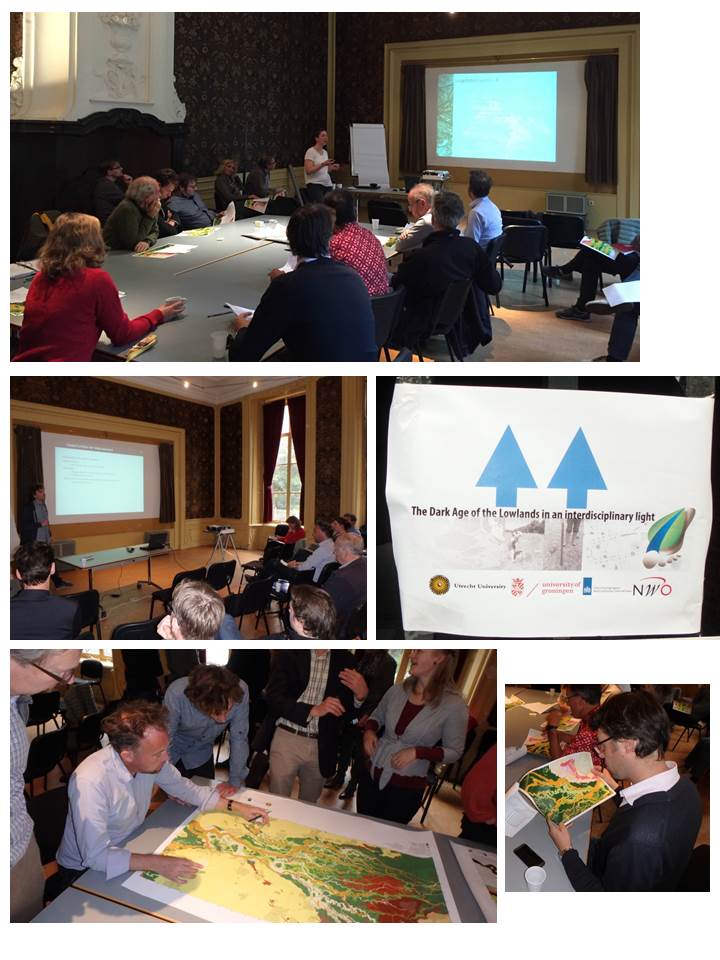